Skip to content
By MichelleFebruary 17, 2016Everything, TravelLeave a Comment on A One Way Ticket to Nicaragua (USA to Leon, Nicaragua; ATS Part 1)

January 10, 2014 begins my travel story. It starts here, in an airport in Houston, TX. I was exhausted, and if I’m begin honest with you, about to poop my pants. 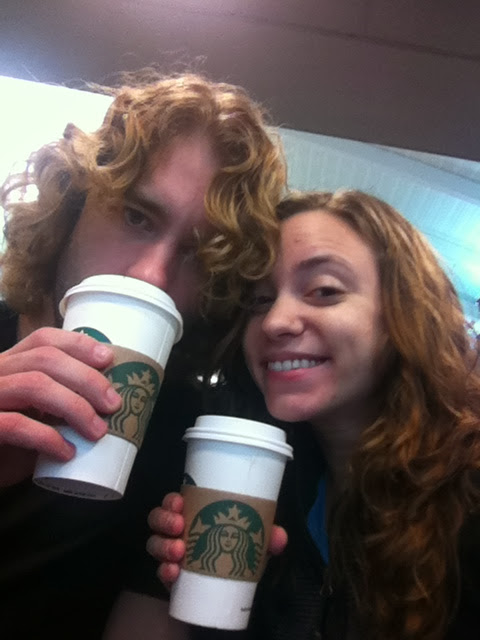 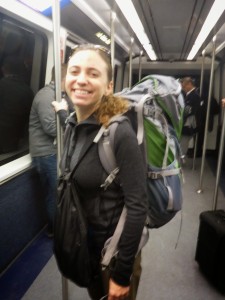 You see, I’ve never done anything like this before. But here I am: I quit job, sold all my stuff, and I’m carrying basically everything I own on my back (save for a few boxes in Scott’s grandma’s basement). Scott and I used credit card miles we’d been saving up to buy a one-way ticket to Nicaragua. We planned the first 2 weeks of our trip, but had no plans after this.

I was nervous as hell, and so glad that I had Scott as my travel partner. I wouldn’t have had the guts to do this without him. 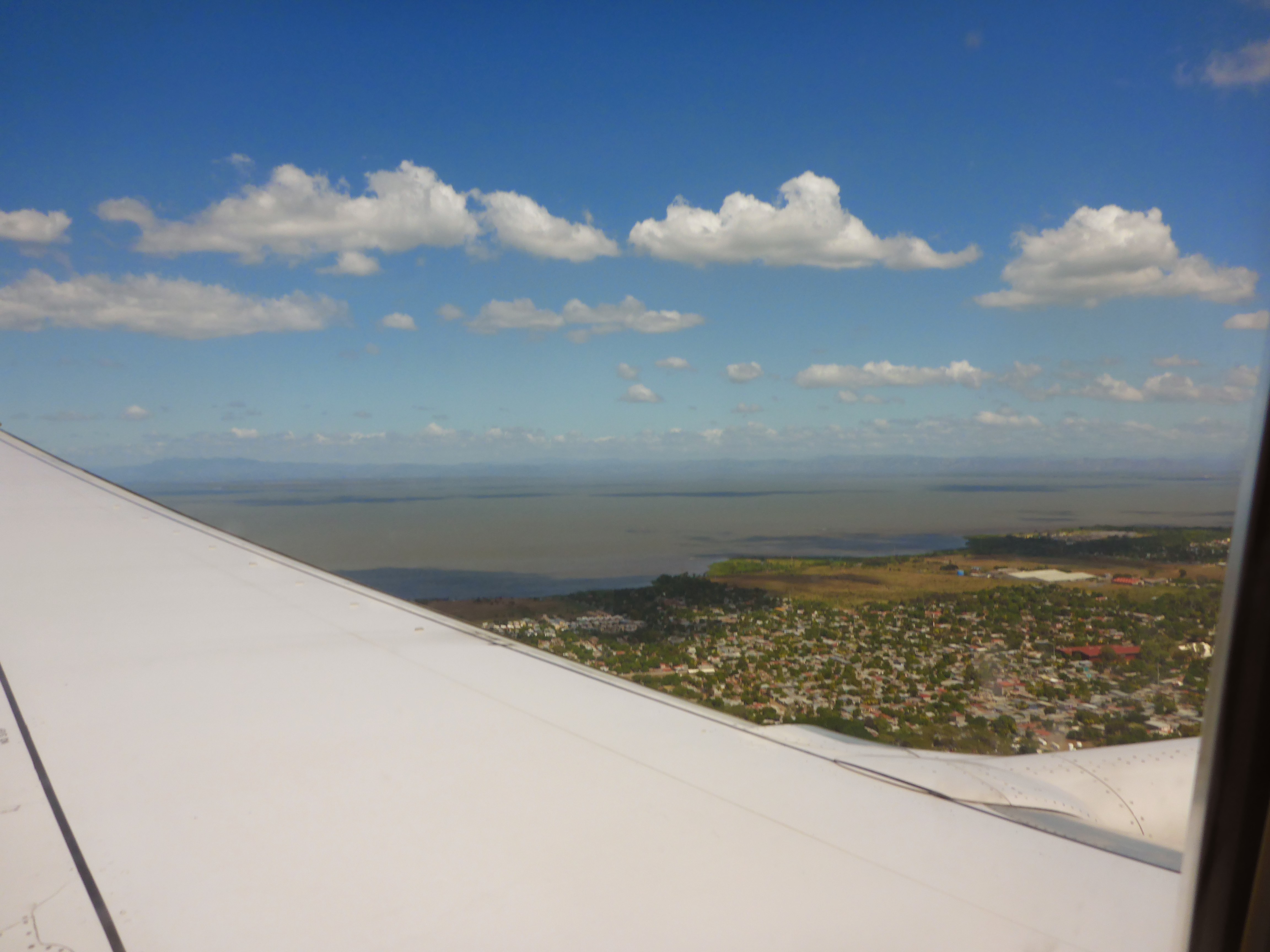 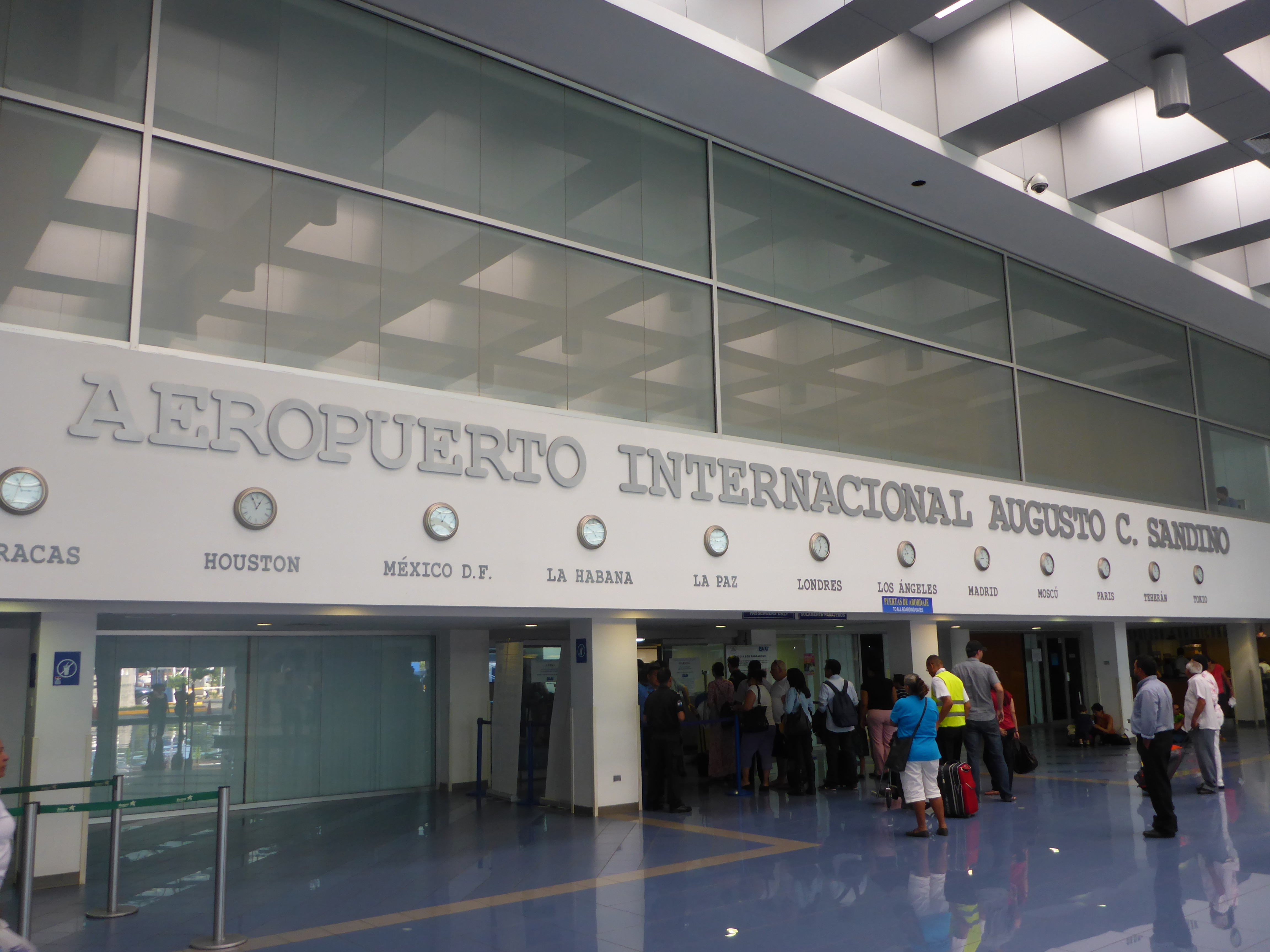 We arrived in Managua, Nicaragua, which is the capital city, and based on my Wikipedia reading was not the safest place. We used our broken Spanish to haggle a taxi ride to the “bus station,” which I later learned is not a bus station, but a parking lot with a bunch of guys running around and shouting different town names. I also learned that “buses” are actually old retired school buses from the US, extravagantly decorated and called chicken buses. I didn’t understand why they were called this, but I found on later on.

We followed the guy yelling “Leon!” and took the bus ride north to the little city of Leon. Since this was our first stop, we were not yet adventurous backpackers and had prebooked a hostel called Latina Hostel. Looking back, it was absolutely the best place we could have stayed on our first stop of a two year backpacking trip. 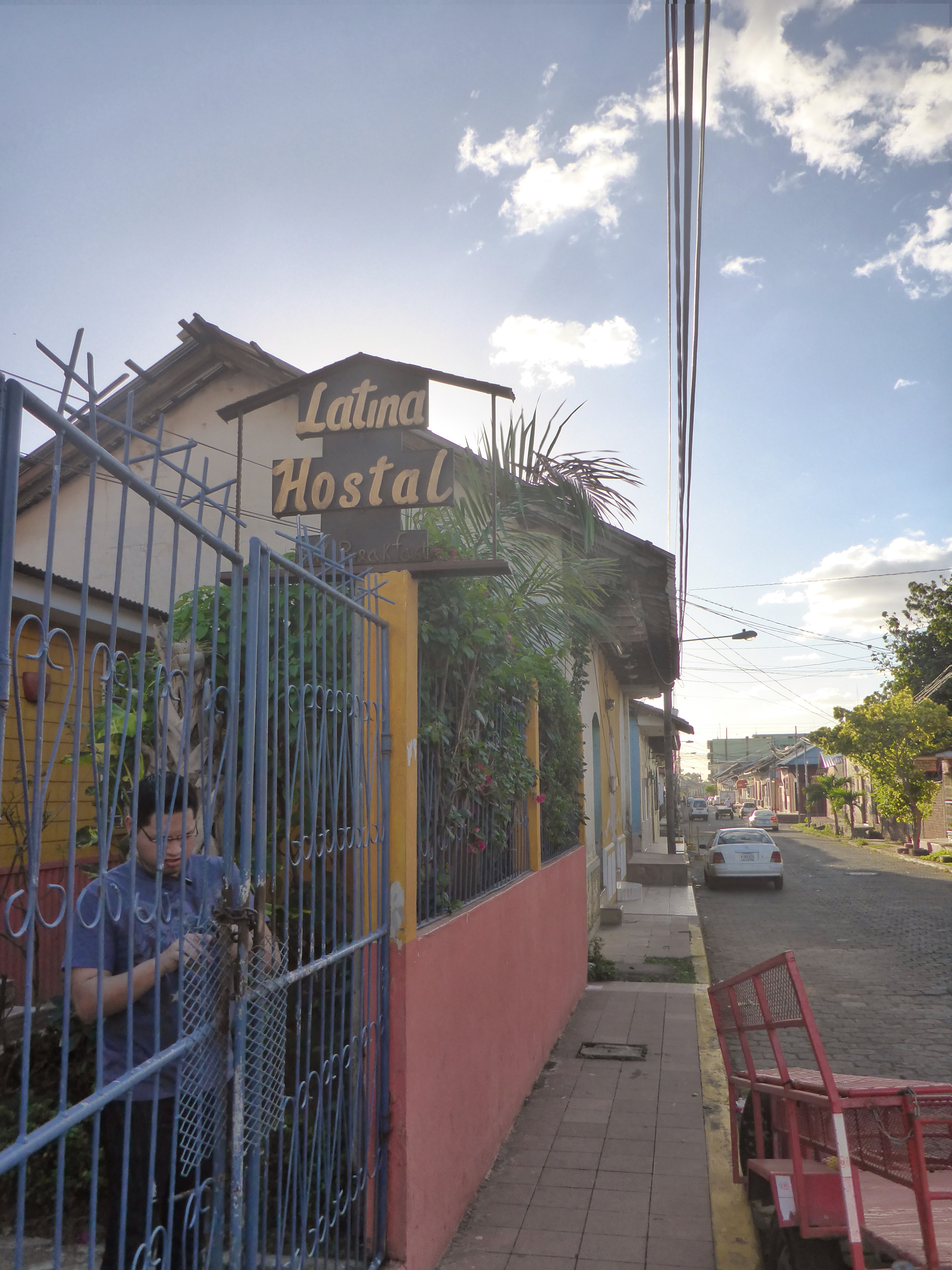 It was not so much the actual hostel, but the group of people I met. I actually still keep in touch with many of the people I met there, and I’ll always have fond memories of this place. I learned a lot on this first stop of my trip. 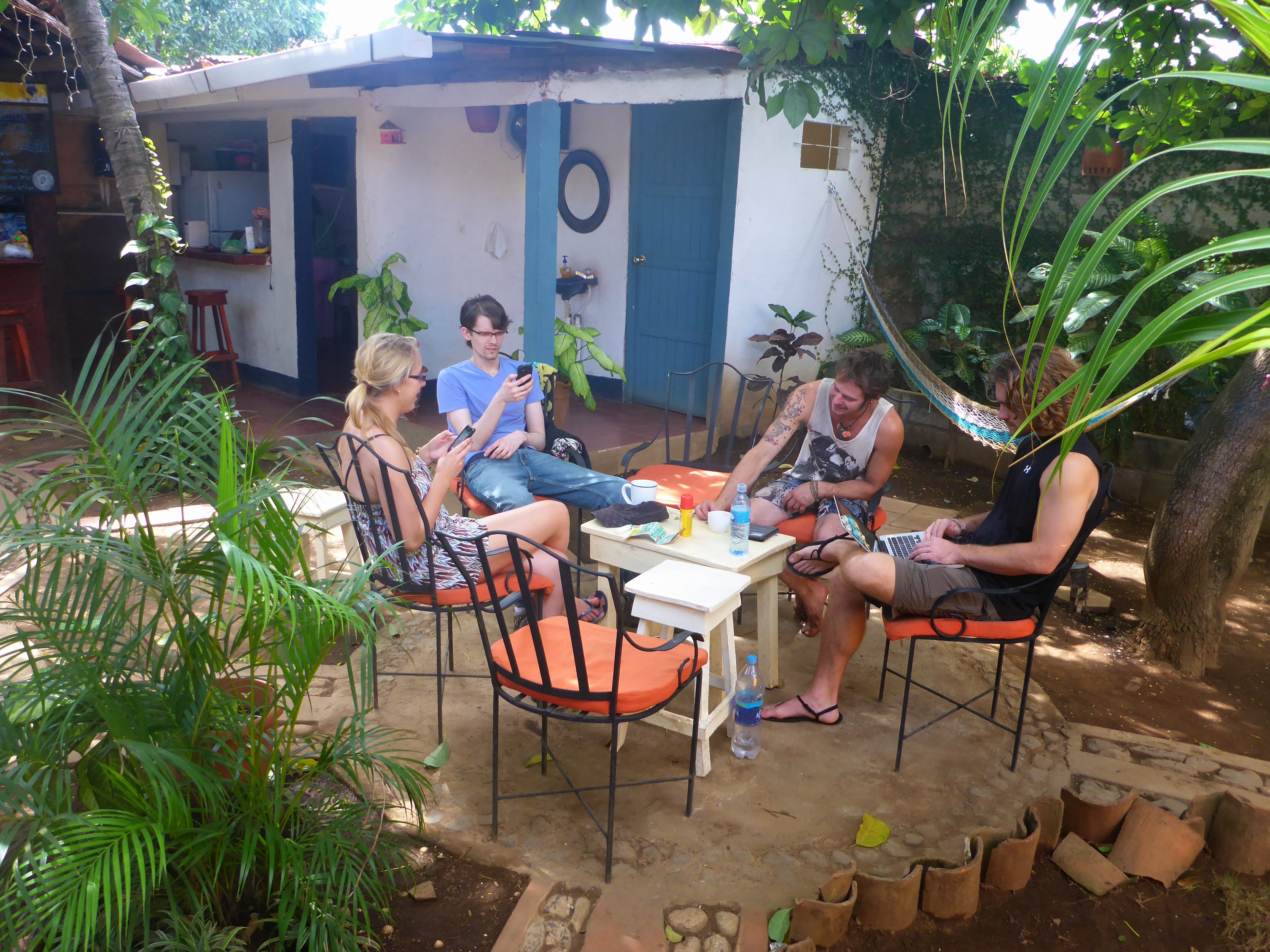 I learned the relationships you make traveling develop quickly and deeply. Spending a few days together in travel terms is like the equivalent of a few “real world” months together. You talk about deep issues, you share stories, and you solve the world’s problems. You are in vulnerable and life altering situations together. You are growing and learning, together, and having the time of your life. 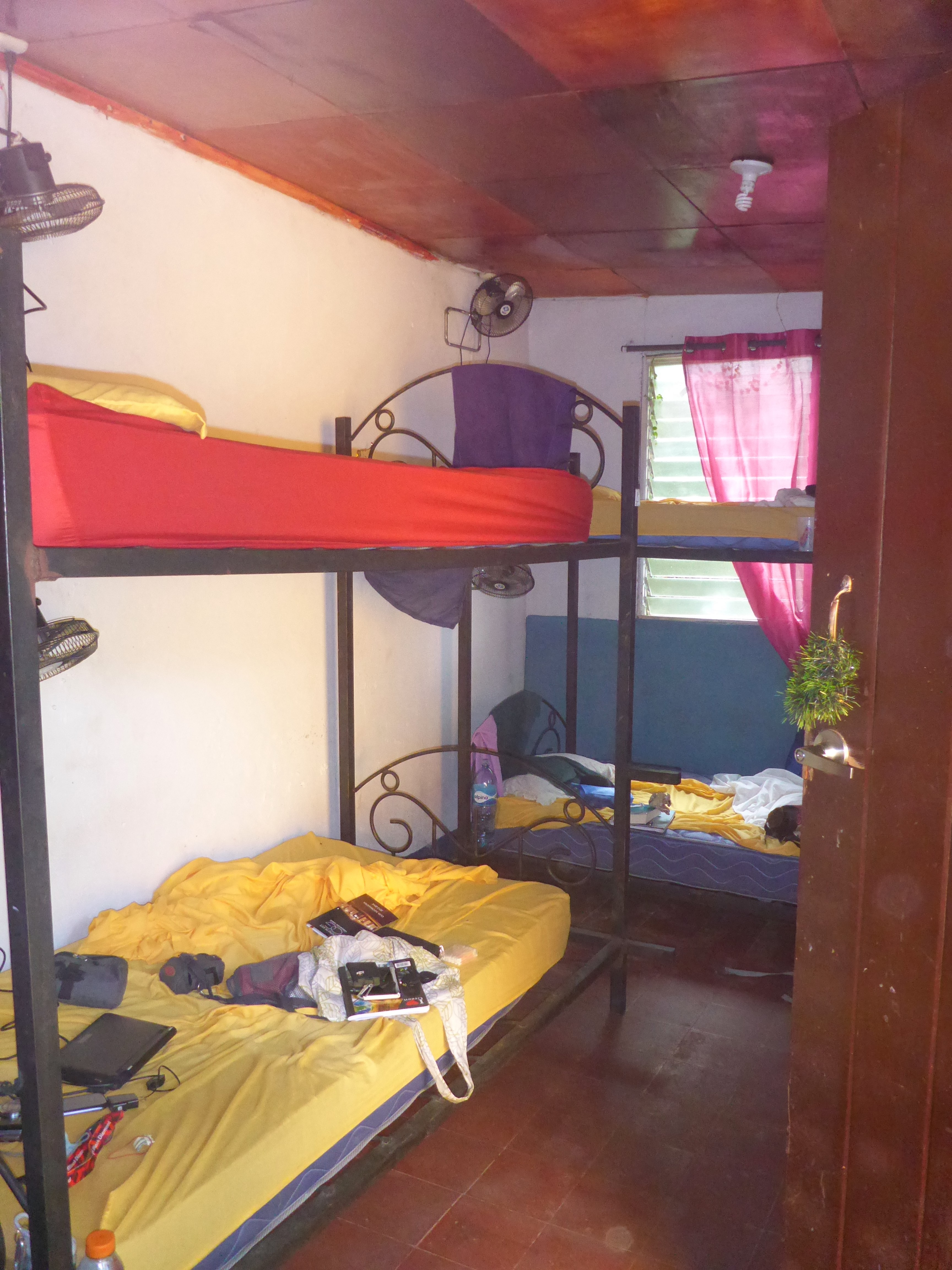 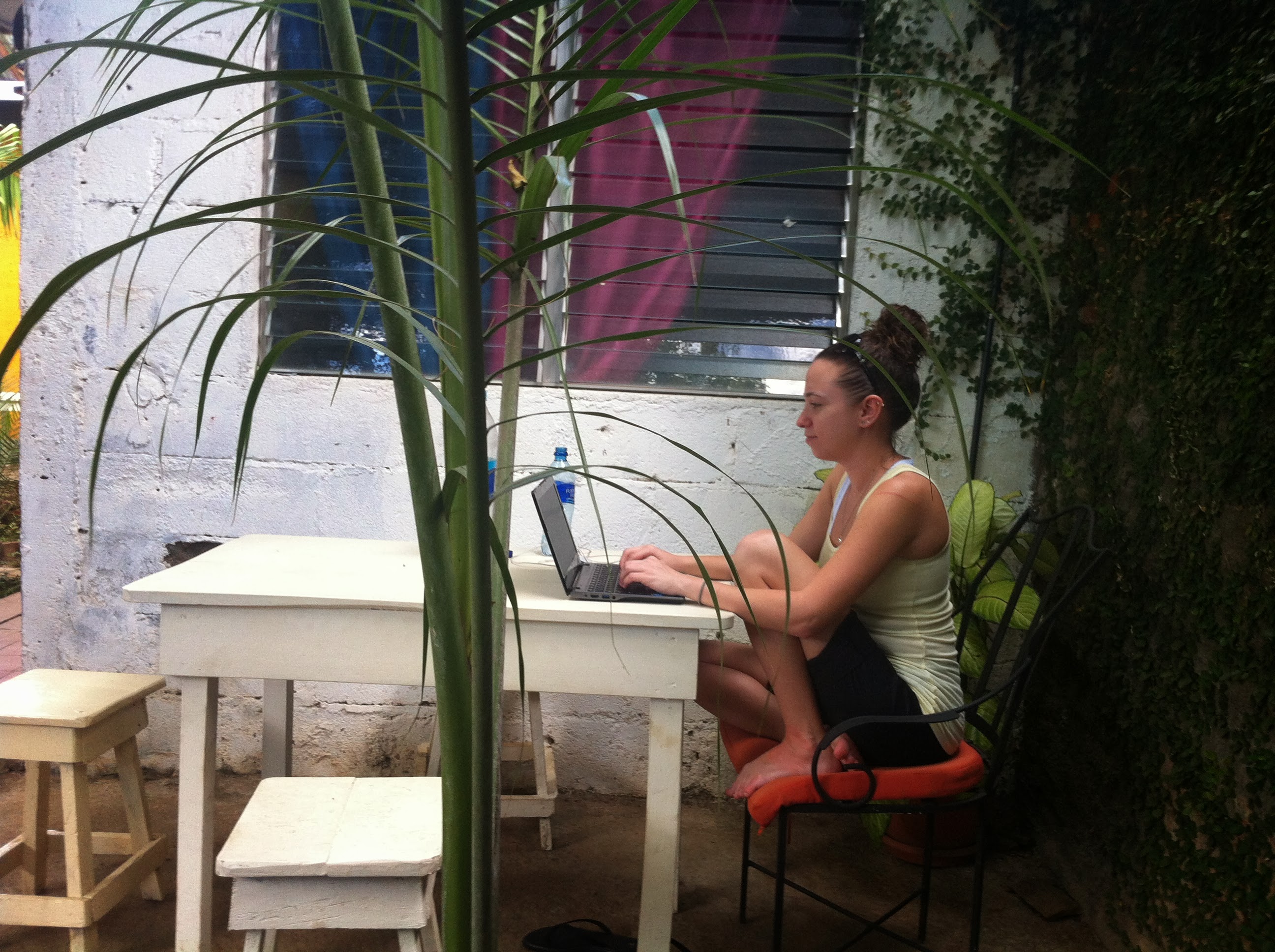 I learned that managing a business from the road is going to be difficult. I thought it’d be easy because I’d have all the time in the world, but it is NOT easy to find some quiet, alone time with good internet connection. 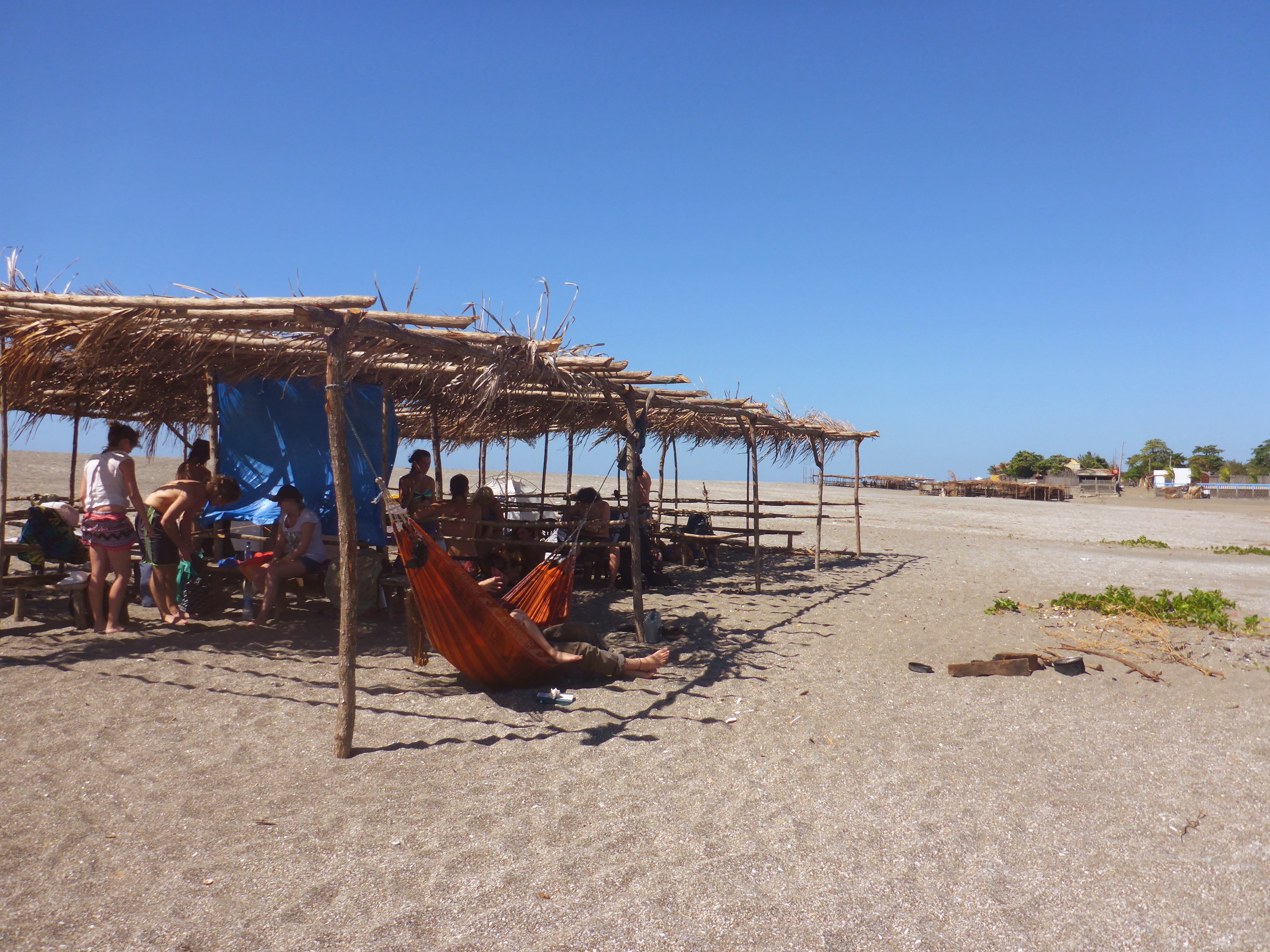 I learned that what Scott and I were doing was not unique in the backpacker world. In fact, there were SO MANY people doing cooler, crazier, and more adventerous things than we were. This pack of Argentinians are traveling together by bike with no money. Each day they play music and sell their handicrafts for some cash to eat, and each night they camp out. Suddenly, my trip doesn’t seem so adventurous. 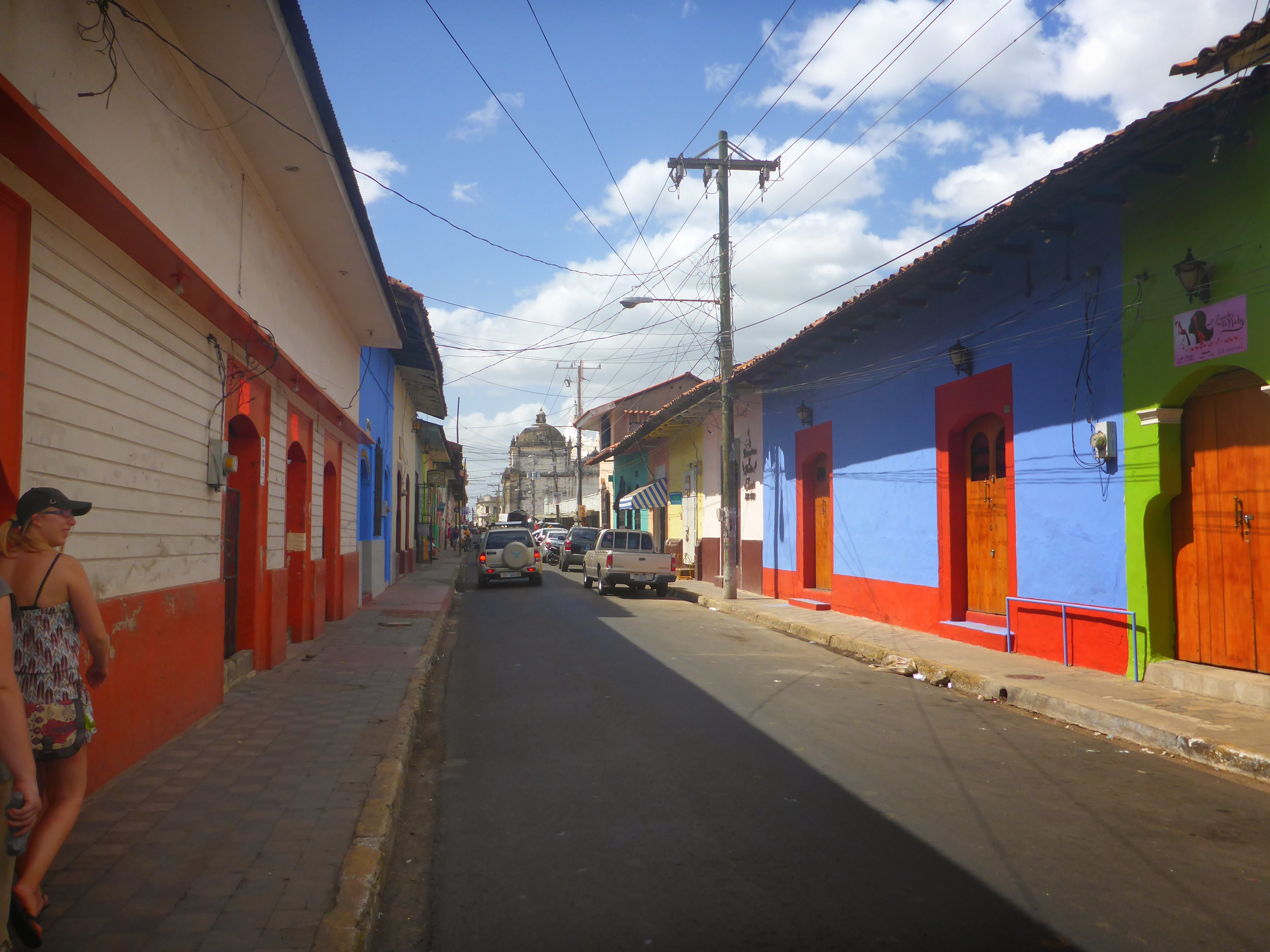 If you’re enjoying my travel stories, please join my email list to follow along. If you’re planning a trip to Nicaragua and have questions or comments, leave a message below! I’d love to hear what you think- please leave a comment!

This site uses Akismet to reduce spam. Learn how your comment data is processed.

Receive monthly updates to your inbox:

Sneaking away from the little ones before dinner,

Some recent embryo commissions, including this lit

For this embryo commission the buyer requested a m

Peeling that tape off is the absolute best part! #

Wet vs dry! This was my second attempt at a transp

This was such a cute project to do! It includes 3